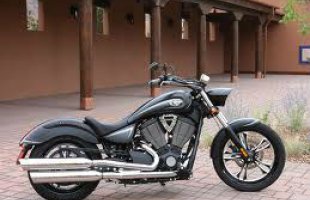 Brand new and unregistered Zach Ness Victory Vegas. with Victory chrome X Bow stage one exhaust system. giving a 12% power increase over standard.
This bike is the first bike from Zach Ness. grandson and trained by. the legendary Arlen Ness. regarded by many to be the grandfather of motorcycle customising and a true biker legend.
The total RRP of this machine with the Stage one system is £15400. so a massive saving to be had. Finance is also available with payments from just £190 per month with a 10% deposit on a balloon payment (subject to status).
Go to http://www. youtube. com/watch?v=70fGpomRduc to see the real power of Victory Motorcycles. this is a video of a standard Victory drag racing an R1. In cruiser terms these machines are amazing; loads of power. performance and handling. "Ride one and you'll own one" is a very real tagline.
This is a one time only offer and it's actually cheaper than many second hand Vegas' that are advertised.
Go on. spoil yourself!
EARLY SEASON SALE - SAVE £4400 ON OUR USUAL PRICE FOR THIS BIKE! 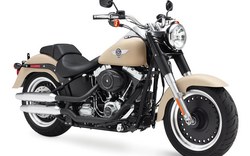