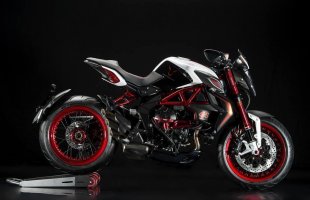 THE CATS OUT OF THE BAG!!!
Three times world Formula 1 champion Lewis Hamilton. has worked with MV Agusta to create a stunning limited Edition Dragster RR LH 44.
Lewis racing number is 44. which is how many they were going to build. but they decided to build 144 for the entire world market!
As such this will be a very rare bike. more details on the full spec will be released as they are passed on to us.
If you want the chance to own a truly stunning Dragster give us a call 0116 2612005
WHEN ATTENTION TO DETAIL BRINGS LIMITED-EDITION PRECISION TO PRODUCTION BIKES. WHEN PERFORMANCE BURSTS THROUGH THE BOUNDARIES OF LOGIC. THEN. AND ONLY THEN DOES MV AGUSTA ADD THE RR BADGE TO A MODEL. TOP-DRAWER FEATURES. CUTTING-EDGE COMPONENTS AND RADICAL DESIGN CHOICES: A COMBINATION THAT LEAVES NO ROOM FOR COMPROMISE. EVERY SINGLE MV AGUSTA IS EXCEPTIONAL: AN MV AGUSTA RR IS THE AUTHENTIC ESSENCE OF PURE. ELECTRIFYING RIDING PLEASURE.
SPECIFICATIONS
In detail. the main features of MV Agusta Brutale 800 Dragster RR:
In-line three-cylinder engine. 798 cc
Bore 79. 0 mm. stroke 54. 3 mm
Maximum power 140 HP-EC (103 kW) at 13. 00 rpm
Maximum torque 86 Nm at 10. 00 rpm
Rev limiter at 13. 00 rpm
Dry weight 168 kg
Power-to-weight ratio 1. 19 kg/HP
Tyres Pirelli DIABLO Rosso II 120/70 - ZR 17 (front) and 200/50 – ZR 17 (rear)
ENGINE
Universally acknowledged as the modern benchmark for in-line 3 cylinder power units. the MV Agusta engine requires no introduction: it is pure Italian technology at its best. energy that continues to evolve. In fact. MV Agusta has taken an already exemplary bike and fine tuned it even further. Like every RR. the Dragster just “has to” offer something more. Hence the most powerful engine in its category. Developed from the 3- cylinder engine that powers the Brutale 800 and Brutale Dragster 800. this most recent 3-cylinder version unleashes 140 hp and puts out Superbike- like revs (maximum power is achieved at 13. 00 rpm). making the Brutale 800 Dragster RR not just uniquely eye-catching but also placing it beyond the reach of its competitors in the same segment. Don't waste your time looking: the only place you'll find another equally powerful 3-cylinder 800 engine is on another MV Agusta. the F3 800. To build an engine as light and compact as possible. To combine racing performance with outstanding rideability. These were the goals that MV developers set for themselves when they designed the 3-cylinder engine range: goals that the Brutale 800 Dragster RR engine achieves admirably. Weighing in at just 52 kg and being extremely compact despite the displacement. the in-line 3-cylinder engine optimises weight distribution while the counterrotating crankshaft - a solution never before adopted on standard production models - enhances the dynamic performance of the Brutale 800 Dragster RR.
ELECTRONICS
Further improvements are provided by the second-generation MVICS (Motor & Vehicle Integrated Control System) electronics platform. Characterised by ever-more effective and accurate mappings. it combines the explosive power of the 3-cylinder 800 with fuel-saving high efficiency. Clear evidence then. of how the pursuit for performance has not overshadowed the quest for eco-friendliness or low operating costs. Central to MVICS performance are the Eldor EM2. 0 engine control unit and a Mikuni Full Ride-By-Wire throttle body. As on other 3-cylinder MV Agusta models. the system lets the rider configure torque control on four mappings: three of them provide a pre-set combination of parameters (Sport. Normal and Rain); the Custom mode can be set by the rider. who can adjust parameters such as engine response. rev limiter. engine torque response. throttle sensitivity and engine braking. Of course. the Brutale 800 Dragster RR would not be complete without 8-level traction control. which can be disengaged and comes with model-specific mappings. To handle all this extraordinary performance riders can now rely on the new Quickshifter EAS 2. 0. which allows ultra-fast clutchless upchanging and downchanging. In fact. for bikes in this category the introduction of an electronic downshift control system is an absolute innovation. Downchanging is made even easier by the new slipper clutch. which improves bike control going into bends. This is a key advantage not just on the track but also on the road. 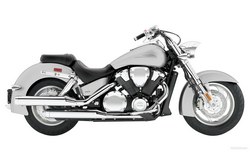