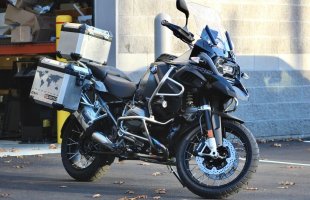 This 2017 BMW 1200 GS ADVENTURE is an original. The owner has had it for 4 years. The vehicle is drivable and is mainly used for weekend rides. BMW Factory Services and Updates, BMW Navigation System, BMW fog Lights, BMW side abs top cases, BMW cover! Super Low Mileage bike in nearly perfect condition! On a scale of 1-10 this bike is a 9+. This BMW adventure was used once a year for a Father and Son ride from Lake Geoege NY to the Maine Coast! The other 360 days per year it was indoors in a climate controlled garage under a BMW cover! The bike includes the BMW side and Top Cases! Optional fog lights abs optional Navigation as well as a fresh battery! Super low mileage for a bike like this and the Motorcycle has had all services and factory updates done ONLY at the BMW authorized service center, MAXX BMW in our area! A life changing event which forever impacted the life of a dear friend has caused my son and I to both take a break from our Motorcycle adventures! At least for the moment! If you buy this bike it will exceed your expectations for sure! 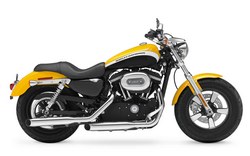