Seller notes: Only covered 411 miles . Been stored in dry garage and regularly started and run. 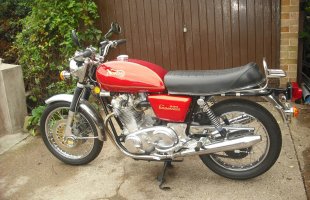 For sale is my Norvil Norton Commando 850cc Interstate. I had this bike built to pre 1975 spec in 2006 by Norvil who build them with all new parts. I had twin 12 inch disc conversion fitted because I do like to stop and also the HTD primary drive belt conversion which makes for a much smoother drive.  Due to work commitments the bike has only covered 411 miles. as been dry stored in my garage and has been run regularly. I'm now emigrating to the USA and unfortunately cannot take the bike with me so with great sadness it's up for sale. To buy one the same today would cost you over £ 16. 00 + V. A. T.  however Norvil has a 3 yr waiting list on these bikes at present. Please go to www. norvilmotorcycles. co. uk. for more information. A £ 100 non returnable deposit has to be paid into my paypal account at the end of the auction by the winning bidder. The bike is for collection only. The bike is advertised elsewhere so I reserve the right to cancel the Auction if sold. Any Questions either contact me on 07873791794 or contact me through Motorcycles-for-saleNo time wasters please. 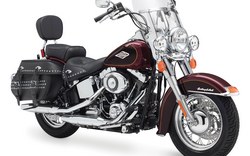