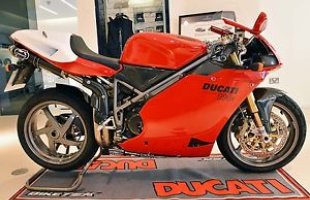 The Ducati 996 Replaced the 916 in 1998 and quickly became a pride of the Borgo Panigale Factory. The 996 was successful in numerous Championships and won the WSB three times in a row under world famous riders like Carl Fogarty. Troy Bayliss and Neil Hodgson.

In 2001 Ducati introduced the limited production (only 500 were built). 996 R. the suffix standing for ‘Racing'. which featured Öhlins suspension (rear and front). carbon fiber bodywork. a revised and more streamlined fairing. but most importantly the newly redesigned engine. the Testastretta (narrow-head) which actually displaced 998cc.

The engine got its name from the narrower angle between the intake and exhaust valves. down to only 25 degrees. which was designed by Ing. Marchetti. coming from Ferrari F1.

It featured more aggressive camshafts. titanium conrods and a shorter stroke and wider bore. which allowed it to rev more safely at high RPMs. It produced 98. 5 kW (135 bhp) at 10. 00 RPM with a maximum torque of 105 Nm at 8000 RPM. Most of the chassis was the same as the 996 SPS. but using a new Brembo braking system. with thinner discs and 4-pad. 4-pot calipers with 34mm pistons.

This bike is one of the original 500 road versions homologated and sold so that the race version could be entered into the World Superbike Championship. It was purchased used from Ducati Coventry. the home of JHP Racing. the premier UK Ducati Store and world-class tuning house. The 2nd owner from the Isle of man used it from time to time until it was decommissioned in 2008. It has been stored in a heated garage from 2008 to now. As one the biggest used motorcycle dealerships in Belfast and are both a BMW Motrad and Yamaha main dealer and with one of the best ex-ducati technicians in Ireland among our team. we have now re-commissioned the 996R with a Service. Belt change and general inspection. We also replaced the battery.

As you can se the previous owner took great care of the bike and added a host of extras as listed below. 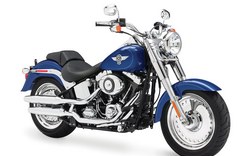