Seller notes: A mint example as can be see from the photos 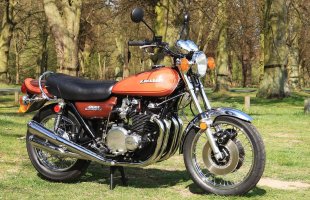 If you are looking to buy one of these classic's then i guess you have to look at this beauty. it's a 1975 Z1B the previous owner had it painted in Z1a colours by Dream Machine. it has had new powder coated frame. new swinging arm bushes. new Steel wheels with stainless spokes front and rear. new twin disks. electronic ignition and all alloy highly polished. stainless polished chain guard. new chain and sprockets and tyres. totally unmarked date stamped exhaust system no dints or dings. chrome clock covers in fact there has been that much done and checked and parts replaced when needed this has to be one of the best about. Not one bit of rust anywhere!! It has covered a total of 32K miles but looking at it it's hard to believe this is the mileage. the engine is strong and pulls well.
Lots of paperwork present documenting quite a bit of it's history. previous MOTS. bills etc (see photo)

It is mint it's Taxed and of course tested and ready to go. thanks for looking. 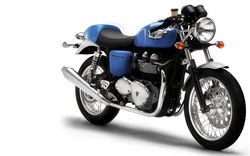