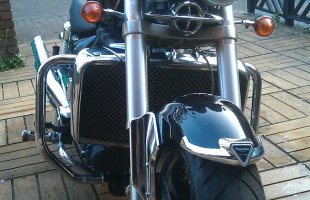 TRIUMPH ROCKET 3 111 III 2009 59 plate in Metallic Black. Lovely condition. Comes complete with 10 months MOT with no advisories. Brand new (less than 50 miles) Avon front tyre. Datatool 4 alarm / immobilisor. Engine bars and heated grips. This is the last of the full power rockets befor they changed them with the roadster in 2010. This one has pegs and not boards. FSH. Standard bike. You wont find a nicer example. Selling as Ive had an ankle operation and was going to be leaving bikes now. Am selling to buy a jeep. Would consider purchasing lighter bike. speedmaster or sportster. Any questions please ask. You wont be disappointed in this bike. She is lovely to ride. 180 miles out of a tank (if you sit at 80mphish) so economical too! Stand out from the crowd!Just noticed one of photos shows bike without chrome air cover. This is as I had it off for cleaning.
I have a rack and sissy bar which will be included in sale if asking price is agreed.
Grab a deal. 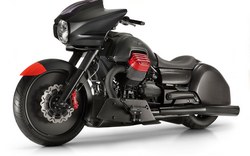