Can you Justify buying this motorcycle to your Partner. of course not don't even try
You don' buy an R1 to trundle around the countryside on sundays. you buy it to go god damn quick

And I can assure you this bike will do just that. accompanied by the thunderous melody of the cross plain engine with akrapovic exhaust system. This  Is my bike covered just under 1400miles ( I Purchased from a dealer with 500 miles on the clock It was their demonstrator) Totally immaculate  not a mark anywhere and still plenty left on the tyres. This Is a truly great motorcycle but I've always been a Suzuki man at heart and I can't resist the pull of the new limited  edn Gixxer 1000

Sorry but  No Test Pilots 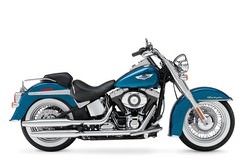