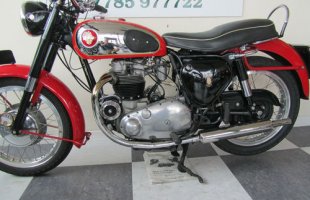 BSA GENUINE ROAD ROCKET 650cc TWIN
A rare opportunity to acquire a genuine BSA A10 Road Rocket. its the real McCoy with only four previous keepers.
In the last ownership for ten years this bike can only be described as absolutely stunning. Fitted with the Amal TT carburetor the bike also has the correct "Road Rocket" camshaft. and pistons. She starts easily. pulls like an express train. and the sound brings a smile from ear to ear.
Wearing Dunlop TT100 tyres fitted to flanged alloy wheel rims. the bike also benefits from the later twin leading shoe front full width brake. which enables it to cut in! in modern traffic.
The engine is a gem with the prefix GA10RR stamping. Gearbox is RRT2 close ratio.
Don't miss this unique opportunity Rocket Gold Star replicas are selling for in excess of £10k. This bike is genuine. and offered for sale at £9995. 00. Don't miss her. she's a blue chip investment. 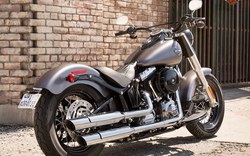