1985 Suzuki RG500 Gamma with RGV 250 wheels, tyres, forks & brakes, Ohlins rear race shock, Nikon pipes, modified CBR600 fairing & headlamp, plus original parts and lots of spares.
PLEASE NOTE: the photos show the bike fitted with genuine RGV500 GP race bike carbon & titanium exhaust cans - these are NOT included, but will be listed separately.
OK, maybe not one for the total RG purists out there, but this bike is still quite a head (and ear!) turner - screaming RG performance with better brakes & tyres, what's not to like!!
I have owned this RG since 1994, in which time it has had a complete engine & gearbox rebuild, using the genuine updated gears with modified dogs, which help to stop it jumping out of gear on acceleration. It has gone through various guises in that time, but this is by far the best, with brakes & handling to match the performance. Engine is mechanically standard, but fitted with K&N pancake air filters, Nikon race pipes and BDK race ignition unit.
The carbon & titanium exhaust cans shown in the photos are extremely rare, being genuine used RGV500 grand prix race bike parts from the Schwantz / Beattie era - as stated above, these are NOT included, but will be listed separately. I have never had a problem getting the bike MOT'ed with these cans, but the original Nikon aluminium cans will be re-fitted (though I don't know if they are much quieter!). Either cans will fit onto the Nikon pipes, with the appropriate holes drilled in the circular flange at the end of the stingers (three bolts for the carbon cans, two bolts for the aluminium cans). The complete set of four carbon race cans weigh 950 grams, compared to ~2kg for the aluminium Nikon cans.
Powder coated 17" RGV250 wheels with Bridgestone Battlax tyres; powder coated RGV250 forks have Hagon springs and RaceTech valving; rear shock is a full race spec Ohlins unit with remote reservoir and a spare spring. Custom turned stainless steel wheel spindles & fork stem allow the RGV250 wheels & forks to fit into the original RG frame without any modification; EBC wavy brakes discs and Hel stainless steel braided brake lines have been fitted.
The body work is a standard RG500 seat cowling and cut-down side panels, standard RG500 tank, RGV250 front mudguard & rear hugger, modified CBR600 fairing & headlamp, fited with modified RG500 fairing brackets (powder coated). The left hand fairing panel has been modified, with an extra piece of panel material "let-in" to fill the hole where the CBR600 alternator would have been; this was done very nicely and is still sound on the inside, but has started to crack around the join from the outside - you can see this is the last photo. It doesn't show too much and never really bothered me, but it should probably be repaired before it get much worse, so please bear this in mind. This is by far the worst point; there are a few other minor cracks, marks and scratches, but nothing unexpected for a used bike of this age.
Genuine RG500 single rear seat cover fitted with custom made aluminium footrest kick plates; the original rear dual seat and powder coated rear footrest hangers will be included.
Attached to the swinging arm on the lower left is a carbon fibre chain foot guard which is a genuine RGV500 grand prix race bike prototype part - this WILL be included.
Biketech paddock stand included (fits through the hollow wheel spindle).
Also included is a second set of powder coated RGV250 wheels (17" front, 18" rear, but don't use these VERY old tyres!), a spare pair of standard RGV250 forks, a spare RGV250 rear hugger, the original RG500 wheels (with very old tyres) & forks and a full set of original RG500 exhausts.
Other bodywork parts included are damaged but repairable RG500 seat cowling with cut-down side panels, RG500 fibreglass replica fairing side panels & belly pan (no top fairing), all with a Lucky Strike themed paint scheme, which were previously fitted to the bike; also a fibreglass CBR600 single race seat (I always intended to see if this could somehow be modified to fit, but never got around to it!).
Most bolts have been replaced with stainless steel wherever possible and there also some very trick titanium bolts fitted (e.g. footrest hangers, front brake caliper bolts, maybe some others?) - these are genuine RGV500 grand prix race bike parts and ARE included!
There is a lightweight 12V Lithium Ion battery fitted which holds charge very well, even when the bike is not being used, but you will need an appropriate charger, if you do want to charge it; an older standard 12V lead acid battery will also be included (condition unknown, but it always tended to go flat when the bike was unused for a while).

I also have a lot of other RG spares which I intend to list separately ASAP, probably at the weekend, so please understand that you are bidding here for the bike only, as shown in the photos (without the carbon cans) and as described above; please treat anything else as a bonus, unless it is specifically listed as included above!
For starters, this list of other available spares includes:
RG500 clocks & bracket
RG500 radiator with stone guard & cap
RG500 wiring loomRG500 top fairing bracketRG500 side fairing bracketsRG500 fuel tank (damaged but repairable)RG500 fuel cap & key
RG500 fuel tapRG500 headlampRG500 ignition unitRG500 ignition coilsRG500 power valve unitRG500 genuine dealer parts catalogue booklet - absolute gold dust, with parts complete parts diagrams and all part numbers, including upgrade partsRG500 genuine service manualRGV250 genuine service manual
Box of multiple sets of four genuine Mikuni main jets & other carb sparesUnfinished set of mild steel expansion chambers (unsure of heritage, possibly Mark Dent or maybe Swarbrick?)

If anyone is just interested in any of these RG spare parts but not the bike itself, then please get in touch and we might be able to do a deal; alternatively, let me know if there is something specific which you need, as I might well be able to find it!
Also get in touch if you need more details (weights, measurements, etc) or photos for any items mentioned here.
I am available on 07899 754997 to discuss any of the above during the auction.
I have tried to list everything clearly, but there is a LOT to cover, so I might have inadvertently missed something minor.
The bike is available for inspection near Tonbridge in Kent at any time during the auction (by prior arrangement only), just don't ask for any test rides!

Cash on collection or bank transfer preferred; personal cheque will need to clear into my account before collection; passport or other photo ID will be required to collect the bike.
The bike can be safely kept here for an agreed period, by negotiation, but an immediate £500 non-refundable deposit is required via Paypal, if not collecting within 5 days of auction end.
+++ PLEASE SEE MY OTHER LISTINGS FOR LOTS OF OTHER RG RELATED ITEMS, INCLUDING THE FULL SET OF FOUR RGV500 GP RACE BIKE CARBON & TITANIUM EXHAUST CANS AND A COMPLETE DISMANTLED SPARE RG500 ENGINE FOR FULL REBUILD +++

The additional bodywork panels mentioned have now all been listed separately, so the bike comes with just the bodywork shown in the photos here

The set of standard exhaust pipes will also now be listed separately, so this will NOT be included with the bike!Bike will come with the additional standard RG500 mechanical parts mentioned (wheels, brakes, forks) and the second set of RGV250 wheels. 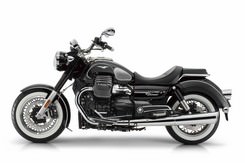