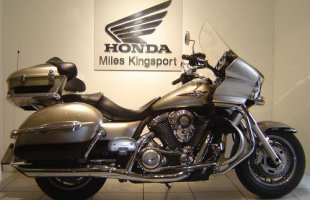 KAWASAKI VN1700 VOYAGER GOLD COLOUR MOTORCYCLE. An immaculate example. This is a 2009 machine on a 59 plate. Has been lovingly cared for and only covered 9179 miles with full service history. Comes with on board computer. radio. cruise control and heated grips. Available for test ride. subject to status. All our bikes are HPI clear and serviced as required prior to hand over. Nationwide delivery also available for only £49. Ring Tim or Andy for more info on 01482 323529.
LIMITED PERIOD OFFER - We will give you a £250 voucher. which is redeemable in any department within the dealership.
A bit about us. we are a family owned and run business and have been Honda franchised for over 35 years. We are passionate about our business and work hard to give our customers what they want. We describe our bike accurately and so you can be sure when ordering over the phone or from some distance away that you will receive the condition of bike that you are expecting. See website for map and directions. 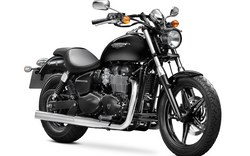