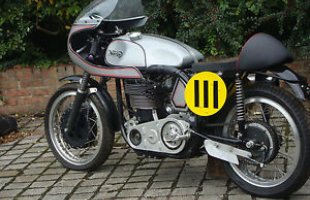 frame number 52955 dated aug 1953. supplied by factory to a Tom Davies - manchester for Kieft F3 race car -engine and gearboxand rolling chassis. old on to Cooper of Troon and then onto potts of Bellshill. it was then used by them as a haul chassis for engine developmentand was used by Bob Macintyre and Allistair Kinguntill sold to Bill Robertson of Alloa in 1957in complete form with blown up 400 motor. I acquired this bike by part exchanging a 350 gold star and a box of spares. and moved to grat street St. Lochee. It was rebuilt by S. Topen and then raced as Topen/norton special for 3 years then placed into storageat redford untill 1973/4 then moved to cranfield during 1981/2 then to vat hangers in 1996/7.

I would like to add that above is write up by the previous owner Mr S Topen but any potential buyer must come and view and make up your own mind as to the accuracy of the bikes spec. 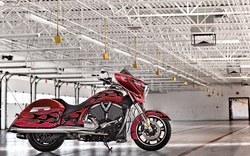