For sale due to never being used at all. no time.

Engine built by the exact spec for all out race bike.

Nut and bolt by ben at AF Rayspeed. Not for poodling around on by old grannies this bike will scrare the CR*P out of you if your not use to quick scooters!

I cannot list everything as this description will go on and on and on. Tons of £ spent not one corner cut. engine blue printed. built tested run. striped down and built and tested three times until perfect. It is now 600 miles into being run in. Tuned and ready for anything. It has all the toys if you know your scooters you will most it goodies from the pics.

The inaugural year for the MotoGP bikes was 2002. when riders experienced teething problems getting used to the new bikes. Rossi won the first race and went on to win eight of the first nine races of the season. eventually claiming 11 victories in total. 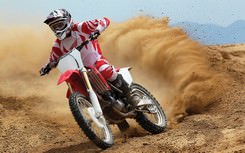