Lambretta TV 175 series 2 in excellent condition.  The scooter looks like it has been restored a few years ago with a pearl purple paint job and the panels are very straight. Everything else is still original TV 175 including front hub. This scooter is in excellent condition and rides really well.  SX200 engine with a 225 tuned engine and geared for touring. this scooter will sit quite happily at 65mph . It could be used for rallies or daily use or easily restored to as new condition. A great investment as they don't come along this straight and I really don't want to sell it as it will be hard to find another. It comes with all original tax discs since new in 1960! It has the original Irish documents so would need to be registered. free tax and no mot. TV175 frame number but no engine number. the guy I bought it off said it was an SX200 and the casings look either Italian or Spanish. either way it is completely rebuilt with 12v ignition and Delorto 30mm. exhaust looks like an NK.  It is advertised else where so it could go and I won't take silly offers.  I don't want to swap it either and I can't send overseas.  Cash on delivery If you don't have the cash don't bid. 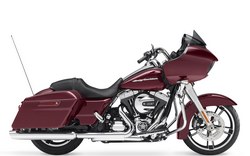