In general, I do believe super rare Italian motorcycle of the 1970s and 1980s are the future Ferrari of motorcycle collecting. We all know what has happened to Ferrari.

It doesn't take much introduction to talk about a 1977 Ducati 900 SS. They seldom come up for sale and when they do they generally look like they have been ridden hard and put away wet.

This particular bike was restored in Chicago and definitely under the supervision of the famous Dr. Desmo. It is kept on a trickle charger and exercised regularly during the warm weather. Restored to perfection and still makes an outstanding presence and performance at any show and is equally prepared to go on any extended ride and tour at a moment's notice.

We all know what's happened to the prices of the Ducati 750 SS's and the 900 SS's are not far behind. If you want the best just take a look at the pictures of this bike. You will see that it is the best of the best and then some. If you want technical information about the bike just check the Internet. It is loaded with that and plenty of road tests shortly after the bike was introduced to the public. As I have mentioned in some of the other bike ads for bikes coming out of our collection there is not question that the 900SS is the Ferrari of the future for motorcycles.

This bike is always kept in climate controlled storage and kept on a trickle charger and ready for a 500-mile trip on a moment's notice. Check out the pictures and you will be impressed!

Most everyone would agree that the 750SS and the 900SS are the epitome of motorcycle design and collector desirability.

I would suggest that you check out the other rare cycles that I am offering for sale by clicking on “other items for sale” in the upper right corner to see the other bikes being offered from my collection.

Thanks for looking at one of the best! 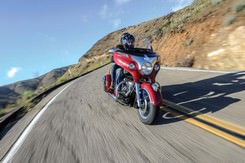