1974 Laverda SF2 cafe racer. Stylishly upgraded with Jota adjustable bars, Laverda solo seat
--
This bike has been in the previous owners hands for approx 7 years, when he first bought it from the previous owner (a collector of Laverda's and other Italian bikes) he bought it to my shop (Moto Borgotaro Inc) for a going over. At this point the front suspension was re-freshed the clutch was upgraded to softer springs and a "easy clutch extended arm" the next round of repairs and upgrades were all functional, the wiring harness was completely remade with new fuse panel and micro relays, the original switches were kept in tact to keep the correct look. The generator was causing problems as most of the riding was happening in the New York, so we adapted a high output generator on to the existing sprag gear and pulley, it is very simple to put the stock generator back on, although the upgraded one puts out way more at lower RPMS...The mileage is low, but I don't believe the OD is correct, the bike runs and rides great, but it is NOT restored, and to my knowledge the top end has NOT been rebuilt! --
--
Over the years it was ridden in and around the NY city area, proving the reliability of the Laverda. The paint was recently done, it has an almost new seat, almost new exhaust (small scrapes here and there) even has nice Conti clamps.
--
This is not a show pony, she has been around the block and is still alive and kicking, waiting for a new owner ! A new set of Avon Roadrider tires are included in the sale*** not pictured
--
* New seat w/ key
* Newer complete exhaust
* Completely refreshed wiring
* newer paint job
* Upgraded charging
* Original shocks
* Original switches
* Complete recent service - oil, valves
* Jota Brevetto adjustable bars
* New Avon Roadriders
* Extended clutch arm, for softer clutch feel
* Airbox removed - set up with K&N filters
* Stainless brake lines

Bike can ship anywhere in the world -- no low ball offers 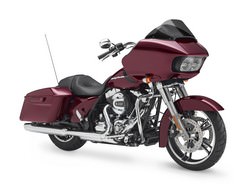