I purchased this bike from the second owner in 2000. The original owner had the bike for one year and put about two thousand miles on it. The second owner bought it from a shop in Salem Oregon and owned it from 1976 until the time I bought it from him. The tabs on the bike said 1987 at the time I purchased it in 2000. It's been garage kept and ridden sporadically in the time I've owned it. It currently has 25,949 original miles on it. It's a remarkably original example and is both cosmetically and mechanically complete. The engine runs strong and is unmolested. It has received regular maintenance, had a lot of the rubber parts such as hand grips, pegs etc. replaced. I installed an electronic ignition about 15 years ago. It has the original Silentium mufflers. I believe the seat was recovered before I bought it. There is small dent in the tank that was there when I bought it, with what looks like a couple paint chip repairs. See pictures for details. I was told by the pervious owner that the tank has been repainted. There is light surface rust on spots inside the tank but not bad overall. There is a small ding in the front fender as seen in the photo.
This is a rare opportunity to own a remarkably clean and original bike that has been well cared for with a known history. The bike has never been in an accident or laid down in the 20 years that I've owned it. I have saved all the receipts for parts I've purchased and kept a detailed maintenance record. Comes with original rider's handbook and a variety or manuals. I'm happy to work with any shipper you provide but buyer must arrange shipping. Not interested in trades. Will only sell to US buyers. I accept Paypal, cashiers checks, wire transfer or cash and happy to use Escrow.com. If you have any questions please feel free to call Mike at 206-778-5993 anytime. Clean title. Bid with confidence. 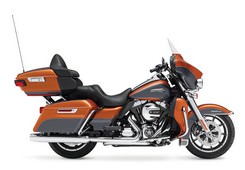