This Harley is in very good condition for its year. having covered only 13. 54 miles. It has rarely been used during the winter months or wet weather and is always garaged.

I am selling as I am finding the bike a tad heavy as I am in my senior years and underwent heart surgery last year.

Now for the awkward bit.
As with most bikes of this age. there are areas which will need attention. For example the paint is blistering in one or two areas and there is some tarnishing of the chrome on part of the exhaust shrouds and wheels. Apart from that this is a genuine bike and you will not be disappointed
Please no time wasters or dreamers.
Should anyone want to ride the bike on their own then suitable insurance documents must be produced and the full cash price paid before taking for a ride. The money will be refundable once the bike has been returned undamaged.
Sorry but I'm sure you will understand my reluctance to let this bike out of my sight.

This is a genuine motorcycle being sold privately without guarantee or return so you are advised to view before buying.

I will not entertain anyone acting as middle men and bringing along their own buyers.

I might be willing to deliver within a short distance.

The buy it now price is negotiable. Cash deposit (non-refundable) of £500. Clearance of Bankers draft for balance prior to collection.

I am happy to send more photos or answer any questions.

Please note this Harley is being advertised elsewhere and so I reserve the right to withdraw it's sale at any time. 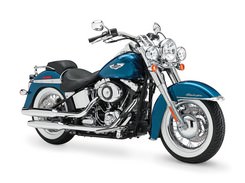