Yamaha V-Max. 2014 LIKE NEW with extras. Bike was bought new with 0 miles for my 50th birthday. I have only put 3880 miles on it all on dry sunny days. Bike has NOT seen rain EVER and washed by hand with waterless cleaner. Bike has a aftermarket exhaust system and turn signals are removed, I have all stock parts in new condition. I have the org rear tire & rim with like 300 miles on it , I had bought a spare rim with larger tire on it and still have it on bike. Also have a spare seat with foam shaved to lower it, not on bike at moment. I also lowered bike in front & Rear by a inch , have stock rear arm to put back to stock height (I am only 5'7" and short legs)
This bike is about as close to new as you can get and NEVER seen rain. Garage for my bikes (I collect) is wooden with wood floor too. I have found cement floor garages can cause pitting, not a issue here!
Photos are ranging from new bone stock to current with exhaust system. Bike is even better looking in person then photos.
You don't want to miss this one!
I have too many bikes & Planes and now fly more then I ride...
I will help load if you need and have a shipping company come get.
Once again bike comes with ALL Org. parts and a Spare rear rim and a spare shaved seat.
For sale locally now on Facebook market place too and I reserve the right to end early.
Also have a 2003 Harley Roadking 100 year Black & Silver special for sale locally. If that sells first V-Max will be off the market and I reserve right to end early...
Lowered price to $10.5k for the folks who have been sending PM's offering $10,500.00
I can't do a buy it now on this auction with way it was listed.

Bike will also come with a never installed air shifter with any bid over $11,000.00

NICE! I had forgot about the air shifter I have in a box in Garage never installed on this bike.
It uses a CO2 cyl like in a Pellet gun good for about 8-10 runs before swapping them. They are cheap to buy and weigh about nothing.
I can't add photos now in listing but it is a few Hundred dollar rig and a great bonus with bike if winner wants it.
I was going to drag race the bike at one point but never did the Nash Flash and never had time.
Spare seat , spare Rim and stock exhaust and Air shifter set up may need to be shipped on their own depending on carrier who moves bike.Local in person pickup always welcome. 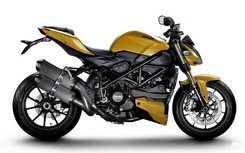