Harley-Davidson Panhead FL1957 1200cc   The engine is a 1957 Panhead with engine number 57FL3780. The bike is fully operational and was I believe rebuilt in Holland prior to it being first registered in the UK in 1992. I have owned it since 1998 and put her back on the road last year after spending a number of years in my garage being stroked but not ridden. As I haven't really used it this last year I have decided to sell it. The frame I don't think is original but an aftermarket though it's difficult to tell as Harley didn't introduce frame numbering until 1961. The rest of the bike was rebuilt with various original Harley parts which I have been told came from a shovelhead and the aid of a Zodiac catalogue. The engine primary drive has been converted from chain to belt and the bike runs well with the S & S carb. This is a rare opportunity to buy a panhead chopper in working order it is taxed and I have just had an MOT done. Viewing is more than welcome. though no time wasters please and any questions please don't hesitate to contact me though I'm not an expert. To clarify this bike is not on a heritage plate when it was first registered in the UK the DVLA put it on a Q plate as I understand there was no supporting documentation apart from engine number. This is why she has road tax and MOT despite the engine being built before 1960. 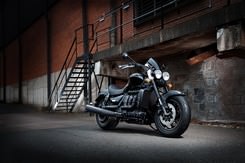