Seller notes: “In good condition for age. Full restoration by previous owner in 1998. Now ready for a refresh and includes many new and refurbished parts to do this.” 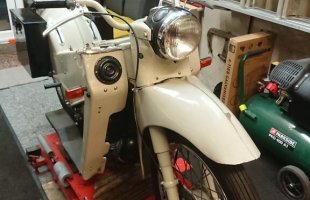 I bought this bike in August 2021 from the previous owner who had the bike since 1998 when he did a major rebuild and then rode it regularly until he passed way and I bought it from his widow.
The bike has clearly been cherished by him and whilst it started very easily, had good oil pressure and ran very well with everything working as it should; it was burning a bit of oil.
I removed the barrels and had them checked for size and roundness of the bores. They were a bit oval but was able to have them rebored and still remain within the size specification for standard pistons. I bought new piston rings for the standard pistons as well as new studs for the barrel. I also bought new valves, valve springs and collets, more as a precaution than due to any apparent fault with the originals.
The bike also comes with a lot of paperwork such as old MoTs and parts reciepts and workshop manuals. Last MoT was passed in 2018 with no advisories even though it does not need an MoT. I think this indicates the care the previous owner took over his machine. The bike has covered less than 500 miles since this MoT.
You can see all this in the pictures and the bike up on the lift in my workshop ready for the barrels to be fitted.I also have a replacement seat base and a new cover as these were in need of refurbishment. I paid £1500 for the bike and have receipts for all the parts listed which came to over £200
Unfortunately, in the meantime, I have had an MRI scan on my spine and the medical advice is to not ride motorcycles anymore. This had rather demotivated me to finish this project, so it really needs to go to somebody who will refit the barrels with their new piston rings, valves and valve springs, paint the seat base and fit the cover.
The bike then needs to be used as it will make a very good usable classic. Its not going to be a show pony, but it did run very nicely with a smooth engine, good gearbox and suprisingly effective brakes.
Please contact me if you require any further details 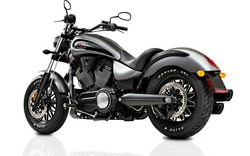