1946 Royal Enfield Model G. 350cc OHV single.
Older V5 present. original reg: KSK 603 transferrable. The numbers on the logbook do match what is on the bike.
The bike its self is tidy but not mint, more of an everyday user. it looks to be an older restoration that has mellowed down a fair bit. You can see the wheels have been rebuilt at some point and the exhaust system is relatively new. The rest is all original and all standard spec and in decent condition. It has the correct original Smiths chronometric speedo fitted. Nice separate saddles and an Altette horn. It is on 6 volt electrics. it all appears to be standard trim. The bike starts and runs a treat with a nice quiet engine. No undue smoke or noises, it all sounds as it should basically. I have only ridden it a short distance, but just far enough to confirm that the clutch is fine and it selects gears easily. It lights up, appears to be charging and seems pretty much good to go. I think this is one to buy and use. It does not seem to need anything to go and is not too mint that you would be frightened of getting caught out in the rain etc. it looks to be a good basic bike for daily use.
No reserve. viewing welcome. 07718 593259. Collection preferred, but I can arrange delivery within the UK for £100. No Paypal or credit cards. The auction is to run, no buy it now price. 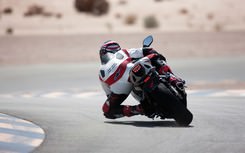